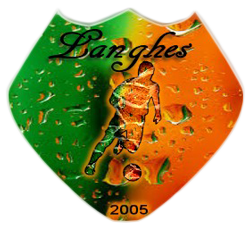 Arise! These are the wonders at your feet!

"Graham who? Colson? Oh yes, that Scottish striker. Yes, he once was the star of this team. But time flies and even though it has taken some time, we now have a great replacement for him: Hélton Avelar". Shocking as this lack of knowledge of past heroes of 'langhes' might seem, it also shows the reality behind managing a team: players go and come. In the last seasons the team has undergone a series of changes, of which most have the same final goal: rebuilding the squad while keeping some decent funds in the war chest. At the moment, the team is a well balanced mix of youngsters and experienced veterans.

GK:
Ljubenović is currently spending his 10th season at the club. The former Croatian NT goalkeeper is still a solid lock on the door. However, the player has already been informed the team are on the lookout for a younger challenger for the number one position between the posts.

DEF:
With 25 yo Wrocki and 27 yo Georgian NT defender Maisuradze the heart of the defense is consisted of experienced defenders which still have some years to improve with general training. On the wings there is the Polish ex U21 player Kuchar, who still only is 23 yo and the Belgian ex U21 player Van Walleghem who also only has seen 22 summers.
Young prospects involve the 18 yo Ourdouillie and 20 yo Ķieģelis who has already played several games for the Latvija U21 team.

MID:
One of the latest transfers of the team was Robinson, who was contracted to boost the passing quality of the midfield. With his 32 years, he is not less than 6 years olders than any other of his midfield team mates. These 24 yo players are the allround skilled Belgians Truyen and Benoot. Both lads have represented the U21 team for Belgium in the past. This also goes for 23 yo Taverne, who is another of the allround midfielders for which the langhes academy is famous for. This succes was also one of the reasons why U21 NT players Grebis (Latvija) and Simon (USA) joined the ranks of langhes. So it is clear the future looks bright with these shiny young gems.

ATT:
The biggest transfer prices were paid for the 2 forwards of the teams. 28 yo Latvija NT player Bērends decided to follow his NT coach to a new home club after his previous team decided to sell the full team. A 10.5M euro transfer fee was paid to confirm the transfer. Next to the Latvijan striker we find the player for which the team paid a dazzling 13.5M euro (in other words, the highest transfer price ever paid by langhes): Hélton Avelar. Hélton has played some games for the Brazilian U21 team and has already proven to be a big reinforcement. Even with MID order he has scored in all-but-one league games this season and he's currently the top scorer of the league.

Arise! These are the wonders at your feet!

For victory or death

Will be looking for an instant prem return. Must be due relegation your side this season.

Was looking through your team history, only major trophy I can see is a junior league gold. A lot of silver and bronze!

At least my side has achieved more in the space of 3.5 years than your weaks ;)